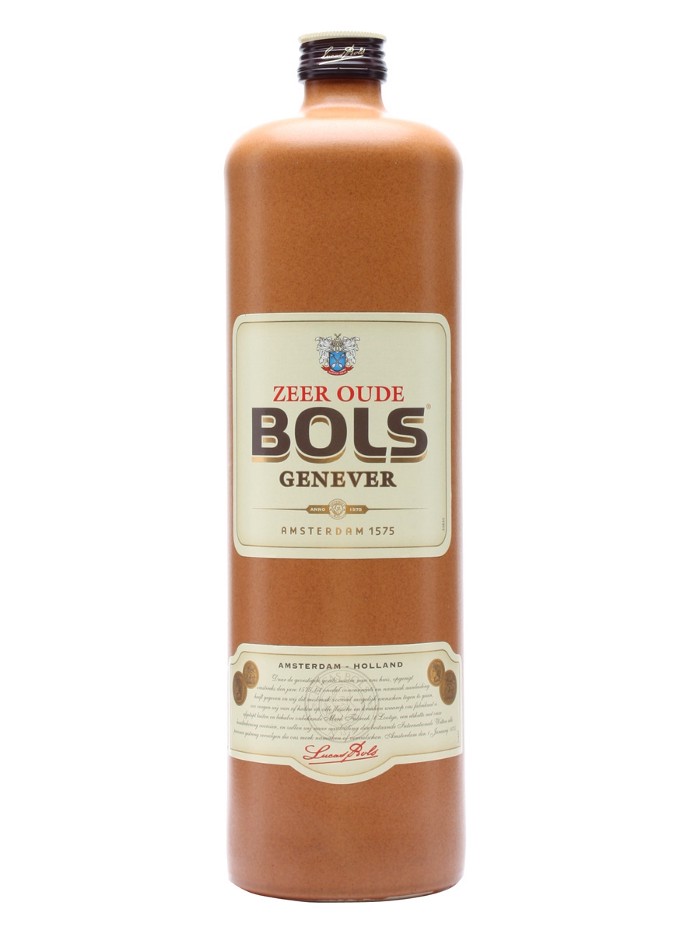 At the Schiphol in Amsterdam, I finally managed to get hold of a great-grandfather of gin. The older one.

Let me explain: The Dutch have been known to be dour and dull (which does not do them credit), but very enterprising. They humourlessly went about their business, traversing the oceans, conquering half the world in the process, including an outpost in India, before the Brits drove them away.

The Dutch got their revenge though, they bequeathed the British their Gin. In the 1400s, the Dutch distilled the abundant grain in their fields to produce malt wine. Their distilling techniques were fairly shoddy, and so the resultant liquor was virtually undrinkable. So they hunted around and found that they could mask the taste with Juniper berries. Now, Juniper is also called jeneverbes in Dutch, and unimaginative that they are, they called this concoction Genever.

In the 1500s, the Brits who were fighting their battles in the Low Countries (literally the ‘Nether lands’) brought this fortifying spirit back with them. However, their thick, sozzled tongues pronounced it as Geneva, and then even when that got too much for them, it became Gen or Gin. In fact, they found that they had a healthy disregard for injury and worse, after they had imbibed sufficient quantities of it before their battles — and thus the term ‘Dutch Courage’!

King Williams of England, perhaps because he was impressed by how brave it made his soldiers, exempted Genever from the usurious tax he levied on every other liquor import. And Gen, or Gin, flourished in England (see my first article in this blog).

I picked up my first one recently. By Bols, this is an oude, or old, Genever, as opposed to a yonge one. Like most things old, this has more character, has a bit more whiskyish taste. In fact, the best way to describe Genever as a potent mix of whisky and gin; it is the malt wine which gives it that taste. Yonge genever is more tasteless, and is called that since it is distilled using more recent techniques, and is more like vodka (tasteless, characterless, largely useless).

It is usually drunk neat, in tulip glasses filled to the brim. The Dutch like to put the glasses in the freezer, and so it is advisable not to lift the glass for your first sip, since it is so cold. The tradition is to put it on the table, and bend low at your back to take the first sip. And then there is ‘headbutt’ and ‘submarine’: the former when you chase it with beer, and the second when you drop it in beer in drink it!

So take some oude genever, and do some headbutts and U-Boats, and the Dutch, you suddenly discover, are not so dour after all…