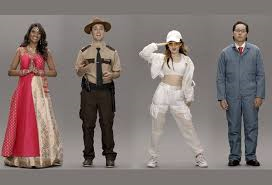 “And the people bowed and prayed, to the Neon Gods they made…” were the words I started humming when I read about Samsung’s Neon. The Korean tech giant, Samsung created perhaps the maximum buzz in CES (Consumer Electronics Show) this month in Las Vegas, when they unveiled their latest experiment, called Neon. Described by Samsung as ‘a computationally created virtual being that looks and behaves like a real human, with the ability to show emotions and intelligence’, the Neons were quickly termed as Artificial Humans by the gawking crowds.

Neons were created by Samsung’s STAR Labs, and the stated longer-term goal is to make them into avatars that act and respond like real human beings. They will be designed for specific tasks – newsreaders, tour guides, concierges, music teachers, etc. Currently, Neon adopts the likeness of a real human, and then layers AI over it to create millions of possible animations, gestures and speech reactions. What the STAR Labs CEO Pranav Mistry wants to do eventually is to build these avatars completely from scratch, and then open the platform up for other developers to build their own narrow intelligence on top of it.

‘Artificial Humans’ have been the subject of much fascination and ridicule- the tech magazine WIRED described Neons as ‘neither artificial, nor humans. In fact, rudimentary versions of artificial humans or human-machine hybrids have been in existence for many decades. One way to create these hybrids was to graft machine to the human body. These were either cyborgs, where the machine is inserted or attached to a human,  or exoskeletons, where the machine is externally attached to a human, and can be detached when necessary.

Cyborgs, or ‘cybernetic organisms’ were first conceived way back in 1960 and defined as ‘a being with both organic and biomechatronic body parts’. Cyborgs live among us already. Motorised prosthetic limbs was the first cyborg application, and these have evolved to integrate biological communication from the brain to manipulate them. Further advances have helped mitigate the phantom limb syndrome, or even to help paraplegics walk. Britisher Neil Harbisson became perhaps the first person to be legally recognized as a cyborg by a government – born colour-blind, he had an antenna-like sensor implanted in his head in 2003, which allowed him to ‘hear colour’! His viral TED Talk reveals how this even allowed him to dream in colour, and he felt that “the software and his brain had been united”. Moon Ribas, another famous cyborg who senses earthquakes in her elbow, is his cofounder for the Cyborg Foundation which promotes the rights of transspecies – a cult of humans that sought to empower themselves by grafting mutant body parts or machines to their own bodies.

Exoskeletons, which came later, have been adopted much more widely. Conceived as early as the 1890s, and massively popularized by Tony Stark in Ironman, an exoskeleton is a wearable mobile machine powered by a system of electric motors and hydraulics that allow for limb movement with increased strength and endurance. These powered exoskeletons are being worn in construction sites and factories to lift heavy equipment, in military to create super-soldiers (much like Ironman), and in medical science to enable people without limbs to walk.

The other way of creating ‘artificial humans’ is what are called Brain-Machine Interfaces or BMIs. Though BMIs have existed for twenty years now, it was the prolific entrepreneur Elon Musk that made them famous, when he unveiled his latest company, Neuralink. Musk wants to merge brains and computers very deeply, through a brain chip that both sends and receives information. This would make it possible to control objects through thought, say switch on a light bulb by thinking it. It could give you perfect memory and drive a Tesla with your mind. Musk believes that since we control machines today through typing which is inexorably slow, at “about 10 bits a second, computers can communicate with each other at “a trillion bits a second”, so we need our computer i.e. the brain to be directly and seamlessly connected to a mobile phone or a computer. It is not a coincidence, therefore, that it is Elon Musk who is widely supposed to be the inspiration for the Ironman movie!

A far-out application for BMI is to ‘hack death’! Ray Kurzweil, the renowned Futurist, has declared that he wants to do precisely that and live forever. Perhaps, one way is to download your mind into a computer, so even while your body dies, your mind lives on. Soon, when the technology is available, perhaps your mind can be downloaded back into a biological body, and you live again forever! Ray is also the man behind the idea of Singularity, when human intelligence and artificial intelligence would merge into each other, and then diverge in favour of AI, creating AIs far more powerful and intelligent than human beings. This Singularity, as per him, happens in 2045.

The possibilities of ‘artificial humans’ are thus wildly exciting and quite frightening at the same time. And echoing that, the Sounds of Silence continues “…..and the sign flashed out its warning, in the words that it was forming. And the sign said, the words of the prophets, are written on the subway walls, and tenement halls. And whispered in the sounds of silence…” 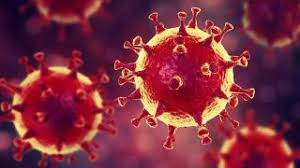 The Bright Side of Viruses and their Role in Human Survival