The tone for the new decade was set by the MQ-9 Reaper drone, when it let loose a Hellfire R9X missile at Qasem Soleimani, the powerful general of the Quds Force, and the virtual No. 2 in Iran. A few days before that, less lethal drones monitored the crowds in the student protests rocking India. They also hovered over the largest human gathering on earth, the Kumbh Mela at the banks of the Ganga to manage the multitudes. The Reaper is not alone, there are others with equally threatening names like the Predator and the Raptor, loitering over remote mountainous terrain seeking their prey and then destroying them with laser guided missiles.

The word ‘drone’, however, has very innocent roots; they are the impotent males in a beehive, who spend their lives gathering honey, building the hive and then dying. The Drones Club, made famous by PG Wodehouse, was one where single Englishmen would gather for their afternoon tea and tipples. It is not surprising though, that drones today have militaristic connotations, since the early drones were born of war.  Most technology, whether it is the Internet or space travel or cryptography, got its initial boost due to military applications and funding; so did drones or UAVs (Unmanned Aerial Vehicles). The first drones were hot air balloons used for a naval war by Austria. The Germans used some in WW2, but the real boost to drone tech came when the American military started a comprehensive UAV program, after the Russians shot down a U-2 reconnaissance plane in 1960.

While drones are still largely used for military or policing reasons like targets, reconnaissance and actual combat, they also have myriad other uses. Drones are used for recreation and sports, and the Chinese company DJI dominates this market with an almost 75% market share. Logistics is another, with Amazon actively developing last mile drone delivery, along with Alphabet and FedEx also building their own drone delivery arms. Drone delivery at scale can save costs, energy and time. Dominos extended this logic to delivering its first pizza in New Zealand by drone and is experimenting scaling this up in many markets.

The real use cases of drones, though, are in agriculture, aerial photography, rescue missions and insurance. Agriculture is a big area – an exciting startup called Terraview uses drones with advanced image processing, machine learning, AI, and Augmented Reality to increase vineyards productivity. A drone can be effectively used to measure the amount of grain piled after harvesting or even the amount of coal in a mine stockpile through its high-resolution imagery that feeds advanced image processing. For instance, Tata Steel has used drones quite effectively in measuring mining output. Drones can go where people cannot, so inspection and repair at remote wind farms on an island or pipelines in the remote tundra or equipment in a rainforest can be done more cheaply and precisely. Drone surveillance is now widely used by the insurance industry in the aftermath of floods or pest inspections. Drones can provide organisations a 360-degree view of the status of any construction project and its assets and help monitor progress. In many places, it is just safer to send a drone, for instance when using explosives in deep mines or defusing suspected bombs. An example is a company called Flyability Elios, which uses drones for sewer inspections and cleaning in Barcelona. The Wingtra One VTOL drones are used to survey wildlife and detect poaching in the jungles of Africa. Botswana has had some successful trials where drones have delivered blood and life-saving drugs to remote wilderness villages.

As we go forward, drones will become a hardware commodity, much like PCs. It will be the software sitting on it, which will be the real force-multiplier. Newer business models like ‘drones-as-a-service’ will emerge, dramatically reducing the time to value, and serving as a vital tool in the Industry 4.0 revolution. Perhaps the most fascinating developments, however, will occur in the place where drones originated from – warfare. Drones will mutate into swarms, where multiple, intelligent, small drones act as one vast network, much like a swarm of birds or locusts.  Advanced militaries are trialing drone swarms which could revolutionize future conflicts. These swarms could overwhelm enemy sensors with sheer numbers, and precisely target enemy soldiers and assets using the data fed into them. They will be difficult to shoot down, since there will be hundreds of small targets rather than one big ballistic missile.  The swarm will self-organize, based on the situation, will talk with each other to achieve its goal. While this technology is still in the experimentation stage, the reality of a swarm that is smart enough to coordinate its own behavior is moving closer to reality.

Like everything else in technology, it will be us humans who will decide whether we use it for beneficial or malevolent means. Drones can be a fantastic tool for us to do good – from helping save the planet, to weeding out criminals and to prevent the loss of human life. But, for that, we will have to change the DNA that they were born with,  as weapons of war. Otherwise, they will remain the anonymous killers of the Suleimanis worldwide, wreaking death and destruction as they hover innocuously above it.

(This column was published in Mint on Jan 9 2020 at https://www.livemint.com/opinion/columns/the-age-of-ubiquitous-drones-and-the-challenges-overhead-11578590816376.html ) 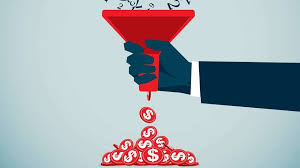 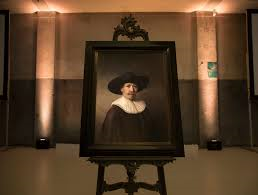