The Future of work is WFA, not WFH

My last column in this august publication was about how the COVID pandemic and the ensuing lockdown has catalysed a great decentralisation across multiple sectors, organisations and even societies. But no where has this phenomenon been more visible than in work; work from home has not only become a business reality, but also a lifestyle statement. Everyone everywhere is sitting in their yoga pants, starting goggle eyed at their screens, and the array of Zoom windows has become an icon of how work is now done.

Interestingly, the same people who used to wax eloquent on how great office spaces were to foster collaboration, productivity and innovation are standing on their housetops proclaiming the demise of the same. Twitter has said that WFH is permanent now, TCS wants 75% of its gigantic workforce to work from home, Facebook expects half of its workforce to work from home in a few years.

It might be an interesting piece of news for Mark Zuckerberg that more than half the American workforce worked remotely even before COVID. They might travel to a central office for occasional meetings and appointments, but predominantly they were not in office. In fact, the status of the office as central to work was diminishing ever so slowly, as the Future of Work called for a more democratic working order. It is just that the pandemic has greatly hastened it. In a curious paradox, the pandemic has slowed down the world, but accelerated change.

A wonderful feature by Catherine Nixey in 1843 by Economist magazine, The Death of the Office, talks about how the office is a relatively recent phenomenon. Only in the 20th century, “the people who had once designed factories turned their attention to offices. The moving parts in these machines were humans and their output merely paper but, it was reasoned, the same principles surely applied.” In fact, she says, there was no concept of the office for the Romans. “Their tablets and styluses were every bit as portable as our own, a feature that elite Romans took full advantage of. Two thousand years ago Pliny the Younger, said that he had found a splendid new method of working. Instead of going about his business at a desk, he had decided that day to combine it with a boar hunt. He concluded that this was a remarkably productive way to work since “the mind is stirred and quickened into activity by brisk bodily exercise”. He concluded by advising, “whenever you hunt, to take your tablets along with you”.

The Romans, as per Mary Beard, a Cambridge University professor, reversed our current construct where leisure is when you are not working. They called the normal state of play otium, only when you were not at leisure, and you were doing business, was it the negative, negotium. Be it as it may with the Romans, but what is going to happen to the way we work after the COVID disruption? I predict three big changes.

One is that the office is not going to go away anywhere, but it will greatly change. As Nixey continues, “Humans need offices. Work-related video meetings are too often transactional, awkward and unappealing. No Skype chat can replicate what Heatherwick calls the “chemistry of the unexpected” that you get in person.” So, I believe that we will work in a hybrid manner, a percentage of our work time in office and the rest elsewhere. Hopefully, this will have other benefits – less traffic, cleaner air, smaller commute times. I also believe that this will result in ‘decentralised offices’, where rather than having one massive central office building or campus, companies will have smaller offices or pods distributed across the city, distributed across where people actually live.

Secondly, co-working spaces will also decentralise, where they will be a collection of standardized desks and infrastructure from people’s homes plus a collection of meeting rooms at central locations. This change has already begun.

Finally, I do not believe that we are transitioning to a WFH or Work -from-Home only, the world will move to a WFA, or a Work-from-Anywhere; the anywhere could be home, office, park, coffee shop, or a co-working space. This was what the Future of Work promised, the pandemic has fast forwarded that.

(This article was published as an oped in Mint) 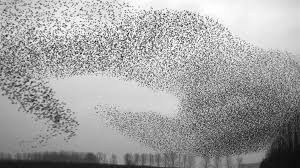 The Great Decentralization that coronavirus has heralded 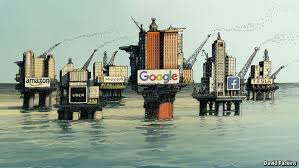 The exact day that Data became the New Oil