“Three decades ago, I created something which, with the subsequent help of a huge number of collaborators across the world, has been a powerful tool for humanity. For me, the best bit about the web has been the spirit of collaboration. While I do not make predictions about the future, I sincerely hope its use, knowledge and potential will remain open and available to us all to continue to innovate, create and initiate the next technological transformation, that we cannot yet imagine. NFTs, be they artworks or a digital artefact like this, are the latest playful creations in this realm, and the most appropriate means of ownership that exists. They are the ideal way to package the origins behind the web.” With this statement last week, Sir Tim Berners-Lee, the inventor of the World Wide Web, managed to accomplish three things simultaneously: to finally monetize a creation, which has so far been free and open, and lend instant legitimacy to blockchain-based non-fungible tokens. But the third one is perhaps the most intriguing –realise the original, yet unrealised, vision and philosophy of the World Wide Web. To understand why, let us step back forty-five years. As Ben Tarnoff writes in The Guardian, “a small team of scientists set up a computer terminal at one of the picnic tables of Rosetti’s, a beer garden in the heart of Silicon Valley, and conducted an extraordinary experiment. Over plastic cups of beer, they proved that a strange idea called the internet could work.” Seeded by ARPA (the US Advanced Research Project Agency), and a bunch of allies, the internet was really two things: the first was building a wireless network that could route data packets of information to the right destinations, and the second was to connect these multiple wireless networks to the wired Arpanet network. Computers talking to one another was networking, but this was the networks talking to one another, or internetworking. Their common language of communication was created by Vint Cerf and Robert Kahn of ARPA, the inventors of ‘internetworking’ or the Internet. A lot of us think that the World Wide Web and the Internet are the same, but they actually are not. The WWW is the most popular way to access online data through hyperlinks and websites, while the Internet as we saw is this massive network of computers and servers through which this Web operates. The Internet was a tool for scientists, engineers, and the military; the WWW made it accessible to everyone else. Berners-Lee worked at CERN, the European Organisation for Nuclear Research, where he developed the first webpage – it went live in August 1991, is still active and is probably the world’s first website (see it on https://bit.ly/2SnA7zy ). It was in 1994, however, that the Tim Berners-Lee founded World Wide Web Consortium (W3C) set protocols, guidelines, and standards for the web, and the terms TCP (Transmission Control Protocol), IP (Internet Protocol) and HTTP (Hypertext Transfer Protocol) were born. The founders’ philosophy of the WWW was for it to serve as a democratizer and equaliser, to empower the long tail, to eliminate the monopolies and the intermediaries. The Web did solve three very big problems for us: the information problem with search and wikis, the communication problem with email and messenger, and the distribution problem with file-sharing and ecommerce. But it could not address the two big problems that it was supposed to solve: that of trust and security, and that of disintermediation – its original philosophy. In fact, the big tech companies it has created intermediaries that are far more powerful than ever before; they literally own all our data and information, and therefore, us. The reason for the excitement around Blockchain is that it is supposed to solve these two unsolved problems of trust and of inequality, and therefore bring us closer to the original vision of Time Berners-Lee and his co-conspirators. So, it is not surprising what he said in the Financial Times, as he announced that Sotheby’s will auction off the original source code of the Web: “The blockchain and Solid communities share the motivations of wanting to empower people and that blockchain projects are motivated by “avoiding central control”. The NFT project, he said, was his “first foray into crypto”, but he saw similarities in his original vision for the web and the philosophy behind the decentralized network of the Ethereum blockchain, which underpins most NFTs. It also resonates with his latest project, Solid, which is designed to give individuals back control of their own personal data. Much like the open, democratic, decentralized World Wide Web was originally designed to be. 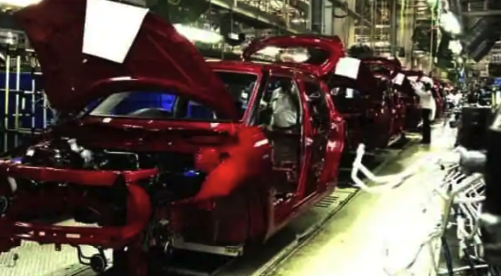