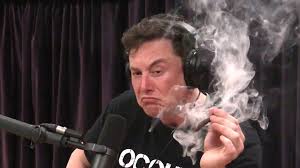 If this column has a muse, it must be Musk.

Elon Musk has a way to remain in the spotlight, some of his detractors say that he works hard at it. His fans (including this columnist), however, say that he works much harder on changing the world.  As his biographer Ashlee Vance put it, “(the question is) whether he is a being sent from the future to save mankind from itself or a slick businessman dragging foolish investors along on grand cash-burning bets?”

Through this column today, let us explore which one he is, though irrespective of where you stand, it is quite clear that he is perhaps the most polarizing figure the world of business has ever known. Musk was a two-time multi-millionaire even before Tesla and SpaceX. He started and sold Zip2 to Compaq for $300mn, then founded and sold PayPal to eBay for $1.5bn. True to character, he took all the money, and started a rocket company in 2002 for “making humanity a multiplanetary species”, calling it SpaceX. Even as the rockets were being made in the Nevada desert, he bought into an unknown electric car company called Tesla, to “give birth to a whole new industry” in 2004. Somewhere along the way, he started the pithily named The Boring Company to dig tunnels under Los Angeles and other cities to solve the grinding commutes that irritated him. He conceived the Hyperloop, a completely new form of super-fast inter-city transportation, and ‘open-sourced’ it for entrepreneurs, and started a company called Neuralink, to merge the human brain with computers or the cloud. All in a day’s work!

In his spare time, he also made another audacious bet, investing $5bn to set up the world’s largest solar cell factory, called the Gigafactory, which at 35 GWh, was larger than total global Li-ion battery production in 2013. As Musk claimed in his trademark grandiose style it was “something comparable to all li-ion production in the world in one factory.” He then sought to merge Tesla with another company he had helped start, called SolarCity, which has become the largest solar energy provider to homes and businesses. That this company was started by his cousin and had several corporate governance issues, and that it was losing hundreds of millions of dollars was not a problem for Musk; he simply pushed the merger through, saying that “The point of all this,” he wrote in July 2016, “was, and remains, accelerating the advent of sustainable energy.”

If his business life has been hectic and colourful, his personal life and escapades equally dazzle. He has been known to smoke up in public during a radio talk show, sold flamethrowers to ridicule critics saying that his cars inexplicably burst into flames. He famously launched a cherry red Tesla roadster into space on his Falcon Heavy rocket, and he named his son from his third marriage X Æ A-12, and then changed it to X Æ A-Xii when people said they did not know what it meant!

His latest antic has been to sell red silk shorts on the Tesla website, thumbing his nose at the short sellers who were betting against his company. In many ways, he is having the last laugh. SpaceX is making solid profits, has just carried a human being to the manned space station, and NASA has virtually outsourced the space program to private players like him. Tesla has had spectacular results and at $300bn, is valued more than GM, Ford and Toyota combined! Hyperloop proof of concepts are coming up everywhere in the world, including in India, the Boring Company continues to bore, and Musk already has four giga factories, with more coming up.

A lot of analysts and experts try and figure out which business he is in – cars, solar, space, technology, or all of them. There is a school of thought which says that he is actually in the batteries business! The way I look at it (in unabashed admiration, I might add) is that Musk is positioned in the himself in the middle of two colossal industries. If you look at business history, two industries have produced the most change, wealth and impact in the modern era – energy and technology. Musk has solidly put himself in the intersection of both of them – the gigafactories will be his oil fields of the future, technology will power every other business he runs and starts.

In two decades, Musk has change entire industries and moved swathes of the world to the future, and he is not done yet. He is a unique kind of entrepreneur, not focusing on one industry or business but simultaneously revolutionizing multiple industries. “I like to be involved in things that change the world” he says, and he is putting his money where his (big) mouth is. 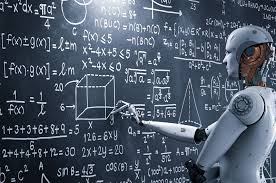 Education in the post-COVID era will not be the same 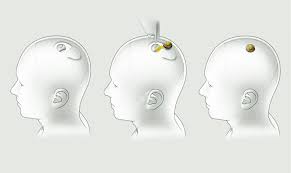 The big promise of Elon Musk’s ‘neuralink’ with extended reality